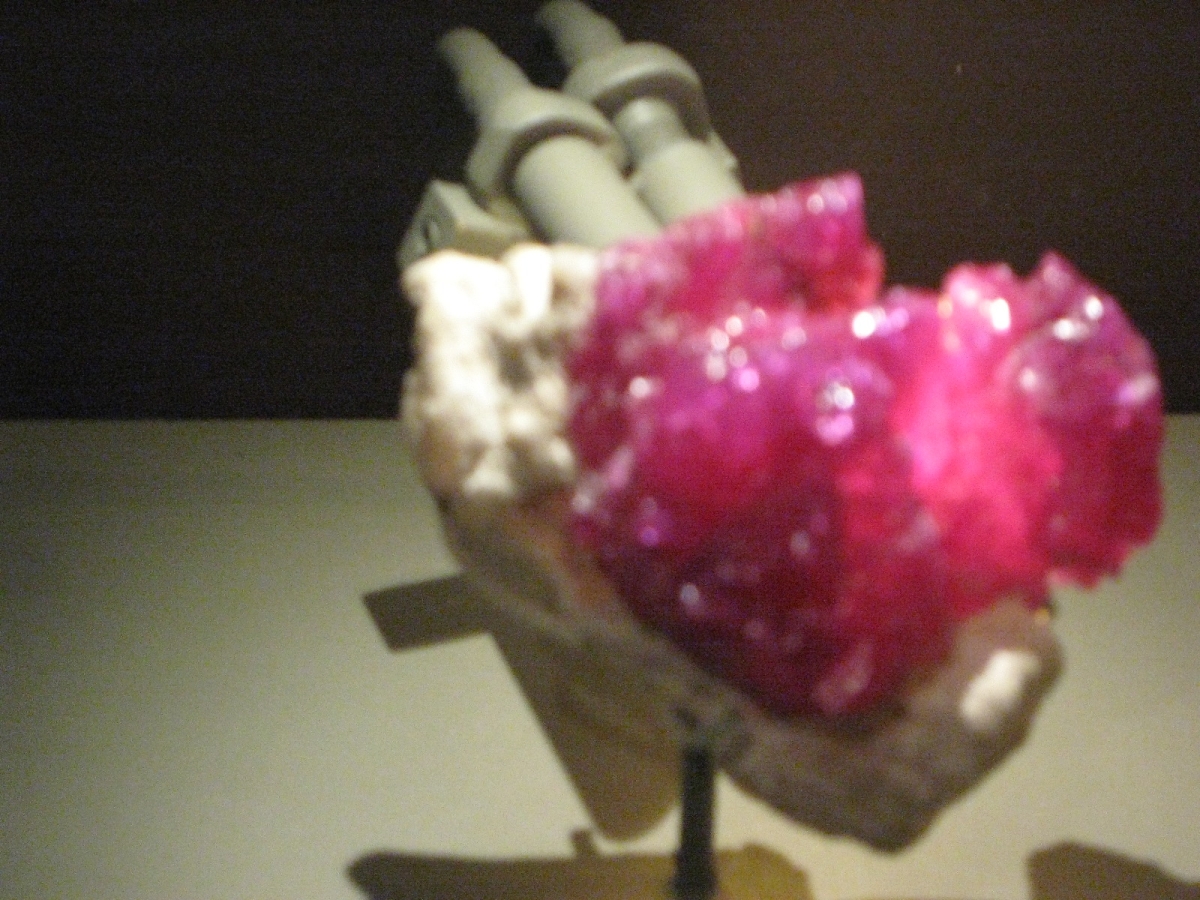 Sorry I have not posted here since July 12, and it is already August! But when family members come out to visit and you have to go to El Paso for eye exams and you develop nasal issues with a deviated septum and it takes a week or so to get back to normal…

This snippet post concerns Part Two of The Murder Rule, where lead character Bobby Jones has a decision to make regarding his mid-level membership in the New Age and (satanic) Corion-worshiping cult founded by the evil Swami Negran, the Church of the Circle of Unity. He had also been a member of a Christian church in the fictitious Bay Area city of Richmont led by a pastor, Ike Lawson, who tried to get the prodigal band Sound Unltd—Bobby was a temporary roadie for them in 1993—banned from the USA. When Lawson refused to consider the possibility that even the ‘devil worshiping’ Sound Unltd could accept Jesus Christ as Lord and Savior (which they did, in 2001), which Bobby had brought up with Lawson, Bobby then left that church for good. Then he committed to the Richmont Circle of Unity church led by the evil Cole Blessing (the main ‘bad guy’ in the trilogy second novel, The Prophesied Band), became mid-level, level twenty, and mentored young initiates, including one named ‘Cordian,’ who would bully Bobby in ‘initiation sessions’ that Bobby led.

But on the night of May 1, 1996, an event happened that Bobby witnessed which traumatized him far more than any bully could! It happened in the basement of Cole Blessing’s new St. Xenos ‘church’ palatial estate. Being level twenty, Bobby was forced to watch the event (as did ‘Cordian’ and others). Also mentioned in this snippet is the main bad guy in the third trilogy novel, The Prodigal Band, Mark Besst, a tech oligarch who became inhabited by the satanic Corion. The snippet is below, copyright © 2022 by Deborah Lagarde.

END_OF_DOCUMENT_TOKEN_TO_BE_REPLACED

Part of what the Davos Crowd ‘Great Reset’ plan for 2030 and beyond has to do with population reduction and eugenics. The now-destroyed ‘Georgia Guidestones’ mentioned reducing the world’s population to half-a-million people. Do the research and figure this scenario out for yourself, as it has been in the works for a long time. Their ‘god,’ Satan aka Lucifer, requires blood after all…as do many of the elites—modern-day Count Draculas.

This post was inspired by the recent US Supreme Court decision to overturn the fetal abortion ‘law’ in the case of Roe vs. Wade in 1973. And I am staunchly anti-abortion myself, for abortion is murder, as I have always believed, with the sole exception of having an abortion strictly to save the life of the mother, with the mother’s say-so in that decision (knowing that in the Bible Book of Genesis, Rachel, the wife of Jacob, died when her final son, Benjamin, was being birthed). Further, isn’t it a bit hypocritical to allow ‘my body, my choice’ regarding abortions—as well as ‘gender fluid’ changes and sexual orientation—but not allowing choice by forcing the wearing ‘covid’ masks, forcing one to get ‘covid’ ‘vaccines,’ or forcing one to get various ‘licenses’ to drive, work, forcing taxation, etc.? That is, if one can get an abortion, shouldn’t one also be allowed to practice the ‘right to travel’ enumerated in the Bill of Rights (technically, anyway, since cars weren’t around in the 1780s), or work without a ‘license’ or ‘certificate’? But that is what happens when governments elected by the voters become utterly corrupted…because ultimately these days, governments are run by their ‘donors’ so to speak—the banksters, oligarchs, royal families, and others ‘above the law.’ And who runs these folks I just mentioned? Why, Satan, of course (Ephesians 6:12, the ‘principalities and powers…wickedness in high places.’)

END_OF_DOCUMENT_TOKEN_TO_BE_REPLACED

I was shocked to read a recent Vigilant Citizen post about a Travis Scott headliner concert at a place called Astroworld in Houston, Texas, where stampeding fans injured several others “mosh-pit style” and then other sinister events occurred later including the deaths of eight concert goers (but other estimates include at least a hundred others), folks in videos saying they can hardly breathe, and needle jabs by unknowns as some tried to help the victims…and as Travis Scott continued to perform. Kinda like what happened at Altamont, which I discussed in this post, as Mick Jagger continued to sing while Stones’ Hell’s Angels roadies committed dirty deeds during a performance (supposedly) of the Stones’ hit “Sympathy for the Devil.” A good video about this Astroworld event can be seen here, and a good written post about this can be read here. But leave it to Vigilant Citizen to cover events such as this. Too bad he didn’t reference Altamont!

And speaking of Altamont, that Stones gig was an inspiration for my The Prodigal Band Trilogy. In a previous snippet post is mentioned that a satanic-like ritual performed by the prodigal band Sound Unltd, which led to fans ritually chanting a Corionic chant and which later led to some teen fans, that had attended that San Antonio concert, murdering two four-year-old boys. I will again post a portion of that snippet, below.

END_OF_DOCUMENT_TOKEN_TO_BE_REPLACED

In Part One, the previous post, I explained why I turned the prodigal band’s drummer, Tom, from being born into an impoverished family into being the son of an indentured servant and explained what an indenture is. Now I will post snippets beginning in Chapter One of Battle of the Band, the first novel in The Prodigal Band Trilogy, to set up the scenario of consequences of this indebtedness on not only the one whose father was indebted but also the owner of the debt, who would pay a huge price should the debt be paid off.

The first of several snippets begins with someone among a group of very powerful overlords within the secretive Novordo Club discussing using the prodigal band, Sound Unltd, for their nefarious purposes of debauching youth culture. After ‘Mr. Y’ states why singer Erik, guitarists Jack and Mick, and keyboard synthist Bry would do anything to achieve fame and fortune for their own purposes, drummer Tom is mentioned.

END_OF_DOCUMENT_TOKEN_TO_BE_REPLACED

Everyone on Earth, likely, has heard of the infamous pedophile and sex trafficker Jeffrey Epstein, who cajoled various world leaders into going with his sex schemes involving teenaged (or younger) girls. Epstein was American; Britain had its own infamous trafficker who also supposedly had ties to some in the Royal Family named Jimmy Saville, who was in fact knighted by ‘Her Majesty.’ Then lesser known is the Belgian Marc Dutroux who also was known to attract world leaders, who was tried several years ago and one can research. And there are others from various nations. Also in the US was the Franklin Scandal of the 1980s and1990s that one can research involving many US politicians.

But my The Prodigal Band Trilogy characters are (mostly) Brits. So when one of my favorite alternative news sites, WinterWatch, posted an article about pedophilia and sex trafficking in the UK was almost standard operating procedure among that nation’s elites, that piqued my interest as a snippet topic. Not necessarily sex trafficking, but mostly pedophilia and especially child abuse (which IMHO is part of pedophilia) even using very young children as victims. Here is the link to find out more about this likely truth.