There really are two climaxes within the third novel of The Prodigal Band Trilogy, called The Prodigal Band. There is the one at the end where the band is victorious over the evil-controlled Mark Besst. Then there is the one right in the middle of the novel where the prodigal band Sound Unltd is nearly killed or seriously injured by a bomb planted under a seat on their private jet at the airport in Philadelphia.

This snippet post deals with the first climactic event. To begin the story that concludes in this post is the notion of why the prodigal band is called Sound Unltd in the first place. In Chapter One of Battle of the Band, the angelic Tooters tell their messenger, the ‘witch of the Hovels,’ what will become the name of a ‘rock band’ of the future that will carry out the will of The Creator. “Their name will be sound, unlimited.”

END_OF_DOCUMENT_TOKEN_TO_BE_REPLACED 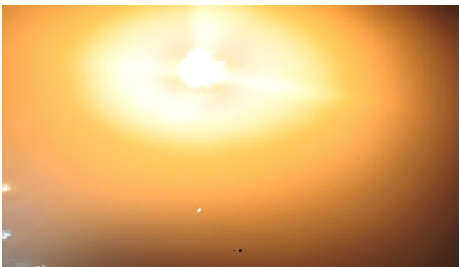 Welcome to the new snippet article series from The Prodigal Band Trilogy! Having done snippets within the non-genre-specific trilogy that have characteristics of the various genres (romance, thriller, mystery, horror, etc.) as well as character snippets on the various ‘prodigal band’ members, it is now time to post articles about factors within the real world that influenced this trilogy.

I was going to do a completely different reality snippet from this one, but then NBA basketball legend Kobe Bryant’s helicopter crashed near Calabasas, California, not far from the Staples Center where the iconic athlete played for the LA Lakers. Bryant, of course, died in the crash, and so did his daughter and several others. A few days later, one of my fave pop culture ‘conspiracy’ sites, Vigilant Citizen, did a post about this event, bringing up several ‘coincidences’ as to why this could have been a planned take out of another huge celebrity, comparing it to the supposed take down of Whitney Houston. One of the coincidences relates to the Grammy Awards, which was held shortly after the crash.

Note: I am not a basketball fan nor a fan of Bryant. And he’s not the only huge celebrity to die in plane or jet or helicopter crashes.

But this post isn’t about ‘crashes’ but the possible mechanical failures that could bring about the crash. In the case of the prodigal band about which this trilogy tells of their journey, their jet did not crash–it was burning due to an exploded bomb set inside or near a passenger seat. The bomb however was timed to explode over the Irish Sea on the way from Philadelphia to London, but the explosion happened when the jet landed.