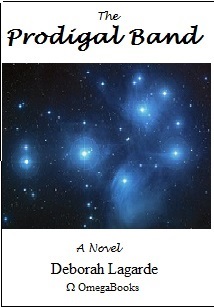 In the previous post and other various posts, I stated that my main characters morphed from a gang or clique of boys in the area I grew up, Long Island and New York City, to rock musicians from England–a decision influenced by, first, the fact that I actually made it into a local band; second, rock music was my main connection to youth culture of my generation (60s and 70s); third, my fave bands of that era–and the most influential bands of that era–were Brits, and I had visited England as well as attended the 1970 Isle of Wight Rock Festival which featured the Who, Traffic, ELP, Led Zeppelin, and Jimi Hendrix (who died in London a few weeks later) and others of note (some whom I missed since we had to leave early to get the flight back to the States).

That the most influential rock bands of that era were from England was a major reason my fictional band, Sound Untd, is from England. And what band from that era had the most influence on how I constructed my fictional band? Why, the Beatles of course! The so-called Fab Four–whom many claim are the greatest rock band of all time…basically re-invigorated the genre leading the so-called ‘British Invasion’ in 1963-64 as rock music in the States had been, IMHO, flat-lining since the plane crash of Buddy Holly, the Big Bopper, and Ritchie Valens in 1958. One doesn’t need to read the ‘Rolling Stone History of Rock and Roll’ books to know that from 1959 until the Beatles, rock was tripe, was cutesy-wootsey, was just ‘boy meets girl, boy ‘dances’ girl’ stuff (and you know what they mean by ‘dance’–having sex, right?), with a few true rock outfits to keep the genre alive (Del Shannon, Dion and the Belmonts, Beach Boys and a few others). Folks, it wasn’t until the Beatles came around–and the groups that followed them–that I had any interest in rock music at all. With the arrival of the Beatles, my world–and the world of my friends–became consumed by listening to the radio and records, reading ‘fan magazines,’ including the British one called ‘Melody Maker,’ and even getting together and pretending we were the Beatles on stage as the Beatles records played on victrolas or stereos (and not just the Beatles, either) in bedrooms or basements. It was this “pretending” to be John or Paul or George that would later give me the idea of learning guitar.

It was the Beatles and the other groups that helped me to grow up amongst my peers and not just be the loner, sort of, that I had been before. Finally, I was able to ‘fit in.’ Finally, I became interested, somewhat, in boys–it would take several years, however, before boys became interested in me. I wasn’t exactly a ‘hot date’ if you know what I mean. It wasn’t until my senior year of high school that I even thought I was good-looking enough (despite my acne) and finally landed a boyfriend of sorts (whose acne was even worse, but anyway…). Oh, as for my friends–most were better looking than me, and one of them, who looked like the model ‘Twiggy,’ (remember her? And she appeared in the movie ‘Blues Brothers’ as well toward the end), actually had a rock musician boyfriend–lead singer and lead guitar, of course. Another friend also dated once or twice another band singer who graduated the year before I did. And another friend had her band and she could sing like Janis Joplin! So, folks, since I knew I had writing talent since I’d been writing since the age of 8 or so, what better way to get the ball rolling than to write fiction stuff about an imaginary rock band?

But from England…but where in England?

My fictitious band absolutely could NOT be from Liverpool because that’s where the Beatles are from, and because they spoke with one of the weirdest accents on God’s green earth–Scouse. Sing-songy, to the point of crazy (and yes, folks, out here where I live a recent property owner just happened to be from Liverpool). And anyway, no way was my group going to be from where the Beatles were. London? Nope. Several bands, especially the Rolling Stones, were from London and, as with the Beatles, the Stones were prominent enough to where they, too, would be a serious influence on how my band was created. Manchester? A group that hit it huge for about a year, Hermann’s Hermits, was from there, but after a while they just did what I thought was tripe. And it seemed to me that most of these British Invasion groups were from either Liverpool, London, or Manchester.

Another group from another part of England hit it big in the summer and fall of 1964, and this group did some very interesting–and different–music, more bluesy, and with a really, really good keyboard player that really titillated my ears–the Animals, whose first hit was a remake of the Bob Dylan song, ‘House of the Rising Sun.’ Later songs had a bluesy style, such as ‘Boom Boom’ and ‘Bo Diddley.’ I saw them one night on the Ed Sullivan Show, and, after performing, Sullivan started to interview them, and–well, talk about weird accents! Neither I–nor by the looks of it, Sullivan–could understand about half of what they said, but it turned out they were from Newcastle-upon-Tyne, which is way up north and close to Scotland. In fact, the accent had a Scottish lilt to it–and that was the fascinating part. Their music, and their accent.

Then, in 1970–and I’ve stated this in a previous post as well–the night before taking the ferry from Portsmouth (I think, or South Hampton) to the Isle of Wight, I just happened to meet three guys from Newcastle, and while one of them was hard to understand, the others were easier–but still, they spoke with that fascinating accent, called Geordie. Several years later after meeting some folks from Scotland, they told me the Geordie accent (and there is a dialect, as well, but I won’t get into that) was very similar to and actually derived somewhat from Scottish. Historically it makes sense: Hadrian’s Wall, which the Tyneside town of Wallsend is named for, was in fact the old time border between England and Scotland. The portion of the county of Northumberland (or Northumbria) north of that wall was part of Scotland off and on for centuries, and was finally incorporated into England in 1744, the days of ‘Bonnie Prince Charley” and that war. And, the more I hear Geordie (YouTube videos and the like), the more I’m glad I chose that area and that accent for my characters in the band.

They come from the fictitious city of Walltown (south of Wallsend on the Tyne river where they build boats and stuff, and east of Newcastle), and the main tourist attraction of this fictitious city is an angelic statue called The Tooters (referencing the horn-blowing angels in the Book of Revelation). Well guess what? Across from Newcastle is Gateshead, and it just so happens that the main tourist attraction in Gateshead is–and angelic statue! (The thing is, it looks more like a bird, but at least it has wings, if not horns). And bear in mind I didn’t know ANY of this when I started writing my book(s)!

Finally, why did I call my group ‘Sound Unltd’? The original name for the group was the actual original name in my books, the Smash. Later, I changed it to ‘Smash Unltd’ (you do realize ‘unltd’ is short for ‘unlimited,’ right?). Two things caused me to change it to ‘Sound Unltd’–one, the fact that a group called ‘Sounds Incorporated’ existed in the 60s (of course, they never made it here), and that spiritual inspiration that came to me in the early 90s. Further, the name Sound Unltd is so ‘pretentious sounding’ that I figured no one would ever call themselves by that name, and so far, no one has–and they better not, since the name exists in copyrighted manuscripts! I do hope I never to lay out a couple o’ hundred dollars to trademark it!