So as to be assured no snowflake celebrity who might get “offended” if they think I “insulted” them by saying my book character singer is better than they are, or if I implied some celebrity is a satanist or, even worse, a Christian…I removed ALL living celebrity names from this revised version. I can deal with snowflakes! What I can’t deal with are financial liabilities with those who are already filthy rich but just for the sake of vengeance they’ll try to “sue me for libel” anyway.

Here is the link: The Prodigal Band FREE PDF

Further, all existing media companies and brands were also removed. These companies did not exist when I wrote my two printed books, but now? There are thousands of media outfits, record labels, etc. So I had to change these brands as well. I also removed car and jet brands, store brands, and other famous brands–none of which I “denigrated” in any way, shape or form, but again, many of these companies are run by those who would love to take everything I own.

I did keep several names of dead famous or historic people (Laurence Olivier, Shakespeare, William the Conqueror and a few others). I also referred to parts of several well-known literary cliche’s, without the reference, since well-known literary works from the past have been copyright-renewed.

END_OF_DOCUMENT_TOKEN_TO_BE_REPLACED 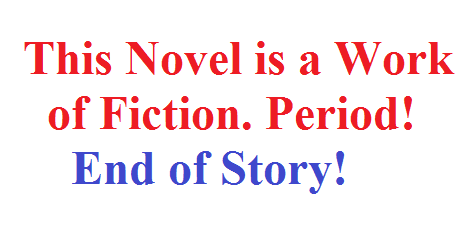 Boy did I learn a thing or two after submitting my complete “three-books-in-one” e-book, The Prodigal Band Trilogy, to Lulu.com for publication and distribution! NEVER, and I mean, NEVER, indicate in any way shape or form that anything in your fiction is “based on actual events” or “based on true events”…or, perhaps, “based on a true story.”

Why? Because if you say anything on any copyright page or whatever that anything in the book/novel is based on any actual event, that (unlike the old days when one could write a novel “based on a true story” and call it “fiction”) apparently that is no longer the case.

Here are some of the “brands” I have used in my three published books and copyrighted with the Library of Congress: