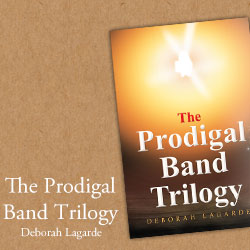 Several months ago when the Corona Virus event began I had posted in a Goodreads comment on the Author-Reader Forum regarding ways authors could advertise their books for free, saying to post links to your book site on websites that would attract possible readers of the novels the author writes. Esther Rabbit, who is an author, mentor to indie authors, interviews authors of all kinds of novels and non-fiction books, and promotes indie author books on her Esther Rabbit site, asked me to choose seven interview questions from her site and answer the questions for an online-interview.

Here is the link to the interview. Enjoy!

Questions include how I came up with the books in the Prodigal Band Trilogy, the publishing history, the inspiration, as well as (to use author-speak) the ‘plotter vs. pantser’ issue…I am both, especially pantser. So that makes me a ‘plantser’!

When you go to the site you’ll see that funny-looking ‘old lady’ at the beginning…that’s me. I sent in a portion of a picture taken on my son’s cell phone. I do not have a cell phone and do not want one. I do not like being tracked and traced if you know what I mean–I am a very private person. And because I have no cell phone I have very few photos of myself, and I am 67 years old, that’s the best of the most recent photos I had access to. Believe me, I was not prepared for my son’s decision to take that photo! Hopefully that goofy looking lady in the picture does not discourage folks from reading the interview!

Note: Esther also has a YouTube author-mentor channel and Goodreads channel as well.